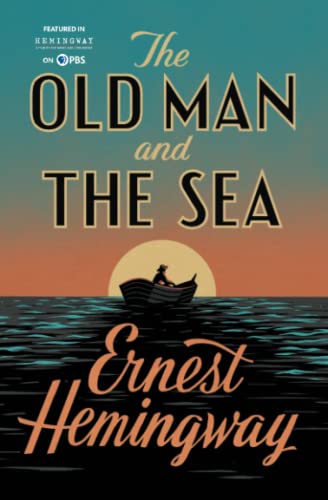 This is one of those books you can read in school and then come back to later after a little more life has happened. It begins to mean a little more to then - it’s easier to think about the big fish - how it is a lot like all the things we try to accomplish and do in life. All the titles, the jobs, the material things are all represented by this fish. As soon as you get them, they start fading away. Once you realize you have gained everything, you realize it’s all gone at the same time. I guess money is a lot like that - you spend a lot of time trying to get it, but once you have a lot of it, you realize you don’t care about it anymore. Maybe you never really cared about it; maybe the idea of it was what attracted you to it rather than the thing itself. Most shiny objects in the world are like that - cars, big houses, good jobs, etc.

When the old man carried the fish back to land, he thought he was going to have a big day when he arrived. But the fish had all been eaten and just a skeleton remained. So it’s easy to ask yourself what the point of all of it was. Was it really worth it to gain it and then have it snatched away? Would it have been better to just sit in the hut and not fish at all? Was it worth the disappointment?

We must know there is value in striving, even if it profits you nothing or appears to be fruitless. That’s what I would like to believe. If you are a Christian, there is value in it. The goal of a Christian is to press on toward the prize and to treasure and value your faith above all else. And to keep it safe, and let the trials of the world prove its genuineness - like a diamond. Faith in Christ is a thing that grows and consumes a person’s pursuits so much so that the value one attaches to worldly things becomes like dust in the wind. Could anyone begin to compare the value of eternal life with a good job, a respectable name, or a mansion in Beverly Hills? The only struggle most people have is coming to grips with the weight of that value (to the best of our ability of course).

From a Christian’s worldview, non-christians have nothing to gain from striving - they can fight and fight for things in this world all they want, and it will all be for naught. It’s because they never had anything more than this world, and when their share in the world is gone, what is left? Nothing is left, and that’s a horrifying prospect.