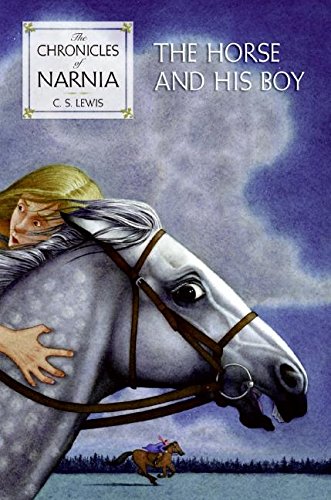 The Horse and His Boy - A Summary of Christian Undertones

Almost everything in The Horse and His Boy makes a statement about the world i.e. the human condition. C.S Lewis vividly contrasts the free Narnians with those that live in the ‘land of slaves and tyrants’ - a perfect analogy of the world we all live in. The Narnians are synonymous with Christians and the citizens of Tashban are the unbelievers.

The Hard Way of Tashban
As you read the descriptions of the citizens of Tashban, they seem filled with hate and malice toward each other, though not for any known reason. They seek to dominate and control others in a never ending race to the top of the social hierarchy. But strangely, those at the top seem no better off - the king is just as cruel and miserable as his underlings. It’s as if there is something wrong with the people themselves, some hidden malady or ailment that is engraved into their souls that makes them almost animal-like. They are like a man who has lost something of infinite worth, and it has been so long that the man has forgotten what it is he has lost and is searching the whole world in a mad frenzy. He thrusts others down to gain things that he thinks might be what he lost, and he won’t know until he gets them. This cycle repeats day after day and year after year.
What’s more, they have a sort of uneasiness about their existence - like something is terribly wrong but no one knows what it is. Present in everyone is this mysterious apprehension and fear of tomorrow.
Everyone can relate to this endless cycle - it’s what most people do every day at their jobs and in daily life. Each one says in his heart, “If I could just get this or that, everything would be right again.” That’s the nature of searching for an unknown thing; one must try everything, turn over every stone, and exhaust every possibility. Unless of course you know what that thing is that you search for and where to find it - the Narnians have that thing that everyone in Tashban is frantically searching for. But somehow they can’t get it just by going Narnia because they are not true Narnians. What is it they search for? It’s the Kingdom of God, and in the story that is being a Narnian.

The Free Narnians
The Narnians view life with such vigor and happiness; they are honest and carefree in all their dealings no matter where they are. Nothing seems to get them down or depressed whether it is threat of war, actual war, or possible death at the hands of Rabadash in Tashban. They always have a hope that things will work out, and nothing is really worth getting upset about. The Narnians have some kind of assurance about their reality - that everything will be okay in the end.
They believe and know that they are free and refer to themselves as ‘free Narnians’ as if Narnia bestowed special qualities and rights upon its citizens. This is the Christian way - it’s like being a son of the king. Who can enslave the King’s son? Becoming a Christian is the same idea but better still - who could enslave one of God’s children? This is the underlying thread of thought that runs through this book, and that’s something most modern people don’t understand about Christianity. They think it’s meant to restrain people, reduce their freedom, and prevent them from doing as they please. So they have a low view of freedom - just behaving as you please does not really make you free from anything. One can do exactly as he pleases all alone in an 8x10 jail cell, and that certainly is not freedom. One can also do exactly as one pleases on the surface of a spinning ball floating through space and still be enslaved to every law of nature and every confining aspect of the physical world, including death. That is not freedom. Christ says he can set you free from everything. No power in all the world can have dominion over a child of God - not even death!